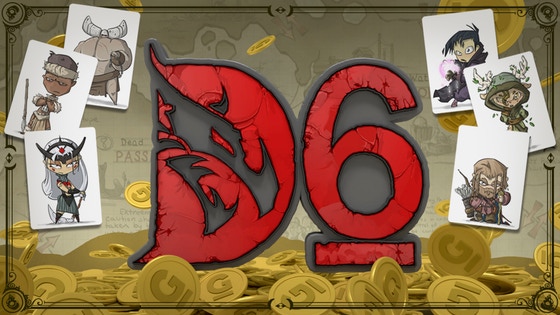 Just 24 hours left! This month has flown by. Shockingly, I (Rick) actually got a fair amount of support for my "art" attempt. Haven't been this proud in a very long time. Sad, I know, but thank you! No matter, even I couldn't allow it to be the final cover.  I mean, it just wouldn't match all the other art. And I don't think I could afford to upgrade ALL the art this time. Oh well. For those of you that still like the original or the "improved Rick Art" versions, we'll still give you the art to cover your book in our newsletter.  Sign up if you haven't already.

Also, please join us tomorrow (not Friday as Brent said) for our Kickstarter Live as we collect our final bounties and set our sights on actually getting the game produced.

Let the countdown begin! Or continue. Guess it depends on if you've been paying attention.

Everybody knows you can't say "Dungeons & Dragons" without pissing off a few wizards!  Ha! That's why we asked. In the meantime, we may have accidentally unleashed another monster!

Rick becoming a lefty has clearly allowed him to channel his inner Jesse!  You're welcome! :)

Thanks to everyone that joined us last Friday night for our Kickstarter Live. We discussed lots of things D6, but also unlocked one final slot for the (Un)lucky Bastard tier.  It didn't last long.

So, what now? What is left to unlock?

Also, thanks to all you amazingly kind backers, we have officially unlocked the Cleric Class.

But just because we reached our goal, we hope you'll keep providing proof of kindness and becoming someone's hero!

Also, this is one of our FAQs, but I feel it is important to mention here:

For those of you that missed the KS Live Friday and are interested in seeing it, you can still check it out.

We'll be doing another KS Live to wrap up the campaign Wednesday at 4:30pm CDT. Please drop by and countdown the end of the campaign with us!

Hello once again, beloved backers! We’ve got a lot to cover, so let’s jump right into it…

There may be a few of you saying, “Sure, a round is better than nothing, but GIVE US A FULL PLAYTHROUGH!” (You know who you are.) No worries—we’ve got your back. We had some folks over to the office to play the game, and here’s a link to their game.

We held a contest on Facebook to see who could write the best DM Intervention card, and y’all showed up and showed out. After combing through some really good entries, and we’ve narrowed it down to five honorable mentions and three winners. All eight of you will have your cards featured in the book (with some edits at our discretion), and the winners will each have a Certifiable dice cup added to your D6 shipment.

Paul Milligan was the (un)lucky bastard who managed to snag Rick’s hero out from under him last week. He chose to combine elements of Endangered Orphans, Stuffed, and Who Goes There? to create The Orphan. Kudos, Paul! Also...Rick hates you.

You’re getting closer by the day to unlocking the Cleric class. As of this writing the standings in our social stretch goal tally are:

Thanks to those of you who have donated of your time, talent, and resources. We now entrust you with a new task: Pester the crap out of everybody else so we can unlock these bad boys.

We’ll be hosting a Kickstarter Live at 6:00 pm CDT this Friday, October 26th. This is your chance to tell us how amazing you think we are. Go ahead...don’t hold anything back. We can take all the adulation and praise you can dish out.

Some of you overachievers out there have been clamoring for extra gather boards so you can up the number of players for D6. We may or may not be releasing them for individual purchase, but one thing’s for sure: We in no way endorse playing the game with more than four players. Trust us: We’re not trying to be spoilsports. We just have this kooky notion that the game should be fun, and playing with more than the recommended number of players makes it...the opposite of that.

What’s an epic adventure without a cursed castle? You'll never know...because your adventure now has them!

Each expansion pack now comes with four (one each for up to four players) castles/curses to help customize the game. Players take turns choosing where to place their curse (or blessing, in some cases) on the map and deciding what that curse/blessing is.

For instance, you can:

Players certainly don’t have to add these castles to their game; they simply provide a way to help make it their own.

That’s all for now, Certifia-peeps. Time to crawl back into our work-holes and draw/sculpt/write/edit ourselves into a frothy gumbo of elation, resentment, and delirium!

We hope you are prepared, because we are about to cover more territory in this update than a runaway Hellhound.

We were approached by the creators of The Stonebound Saga about adding one of our characters into their game (The Stonebound Saga: Visions of Telios), as well as adding one of theirs into our game. We knew that Hero Swap skill would come in handy. We are big fans of their art, so when we were approached with this collaboration, we jumped at the chance.

We are proud to introduce Isabelle from the Stonebound Saga. Everyone will be receiving this character in their game.

Here is Sister Marietta, the character that will be joining The Stonebound Saga. Go check out their campaign to see how she fits into the game.

Just a friendly reminder that tomorrow at 10 am CDT is your chance to be unfriendly to Rick. Hopefully someone snags up the last Design A Hero slot so we don't have to bear witness to whatever atrocity Rick would have Jesse design. Please help us stop Rick!

We know you have all been waiting patiently for the next two instructional videos. Well, the wait is finally over. We will have both videos posted before we leave the office today...or tonight...late tonight...very late tonight.

For those of you who are not aware, we do have a contest on our Facebook page. Give us your best DM Intervention "fill in the blank" story. We'll pick our favorites and add them to the game. Three lucky winners will also receive a Certifiable dice cup. Submit your entry in the comment section of this post.